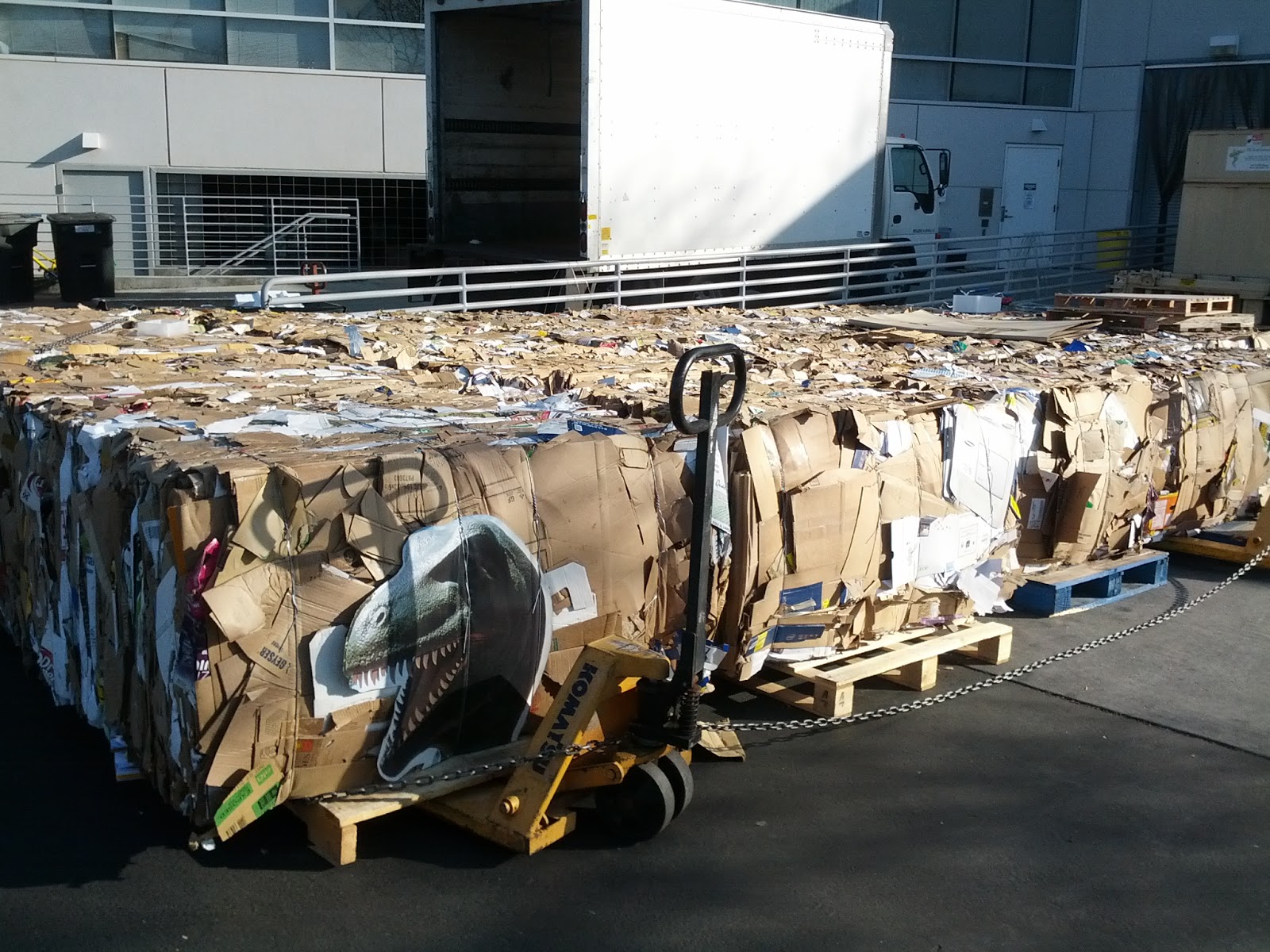 Susan Cascino has been Recycling Director for the City of Boston for the past 20 years. Most of her tenure has be with the Public Works Department, and in September she joined the Environment Department to work on waste reduction policy and zero waste planning. Read on for her report on the big ideas discussed at the Zero Waste Municipal Leaders Summit.

A meeting of the minds

The Zero Waste Municipal Leaders Summit, which was funded by a grant from the MA Department of Environmental Protection, was the first time that more than just waste officials were involved in talking trash. Among the 60 attendees were Boston officials from Economic Development, Food Initiatives, Neighborhood Services, Procurement, the Public Health Commission, and Boston Public Schools. They were joined by other regional municipal solid waste officials, and community members from the Boston Recycling Coalition.

Leaders of accomplished municipal zero waste programs in other cities outlined their perspectives and strategies for Zero Waste with Summit attendees. Here’s what they shared about their own cities’ zero waste plans:

The City of Austin changed the name of its sanitation department from Solid Waste Management to Austin Resource Recovery. The city has a goal of zero waste by 2040. One highlight presented was its Remanufacturing Hub. Learn more here.

See the City of Austin’s full presentation on their Zero Waste plan here.

San Francisco is diverting 80 percent of its commercial and residential waste from their waste stream. The city has mandatory recycling and composting ordinances for its businesses and residents. It has banned foam products, single-use water bottles, and plastic bags.

San Francisco’s food waste is being composted, and the finished compost is being used by California farmers. Compost helps soil retain moisture, which is important since California is in the third year of a major drought.

LA has a zero waste goal of 90% by 2025. The City’s first step in its path toward zero waste is the Zero Waste LA franchise. City officials have broken LA up into 11 sections/franchises and require haulers to bid on individual franchises.  All business and multifamily buildings within each franchise are required to recycle. Utilizing the franchising model gains efficiencies in routes, and reduces traffic, emissions, and greenhouse gases.

On May 10th, Summit attendeesreconvened for the first Zero Waste Municipal Leaders Summit follow-up meeting. They discussed how zero waste policies, programs, and facilities would work in Boston. Several parties suggested solutions for the challenge of dealing with bulk waste items in the city.

Boston Recycling Coalition discussed the value of using a Freecycle–type app to alert Bostonians when salvageable items are left on curbs. Gary Liss, national recycling expert and founder of the National Recycling Coalition, shared that the principle of extended producer responsibility (which requires manufacturers to be responsible for the life cycle of their products) could be a big driver in eliminating waste. The Public Health Commission suggested using the Renew Boston energy efficiency assistance model to require businesses to reduce waste.  All attendees were open to figuring out how zero waste initiatives can work on Boston, and discussed the US Conference of Mayors’ Zero Waste Resolution of 2015.

Pictured: One of the City of Boston’s Project Oscar bins, which allow community members to dispose of food waste in an environmentally-friendly way.

What does the City of Boston’s Climate Action Plan say about Zero Waste? 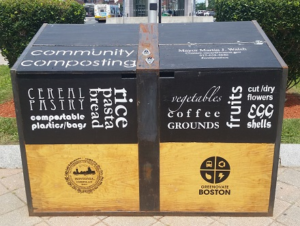 The 2014 Climate Action Plan is the City of Boston’s roadmap to help us reach our sustainability goals. It lays out the city’s existing data on waste and recycling and provides recommendations for next steps towards achieving Zero Waste. It shows that as of 2014, 76% of waste in Boston is collected as trash, 18% as recycling, and 6% as yard waste, compost, and special collections. Waste is sent to waste-to-energy facilities in Rochester or Haverhill, which provides energy to Boston’s electricity grid. The carbon emissions from that facility are included in the City’s emissions factors.

The Climate Action Plan states that by increasing recycling and reuse and diverting organics, the City can save money, create local jobs, and improve the environment. It lists more robust recycling policies, increased recycling in public places, composting programs, and garbage disposal installation as important factors in the move toward Zero Waste.

Next month the Zero Waste Municipal Leaders Summit attendees will decide on a set of recommendations to give the Mayor for the City’s Zero Waste Plan, and will continue to work together to improve recycling in Boston, so stay tuned!

In the meantime, check out Susan Cascino’s resource on what exactly Zero Waste means, and what it would look like in Boston!