Hit enter to search or ESC to close
Greenovate 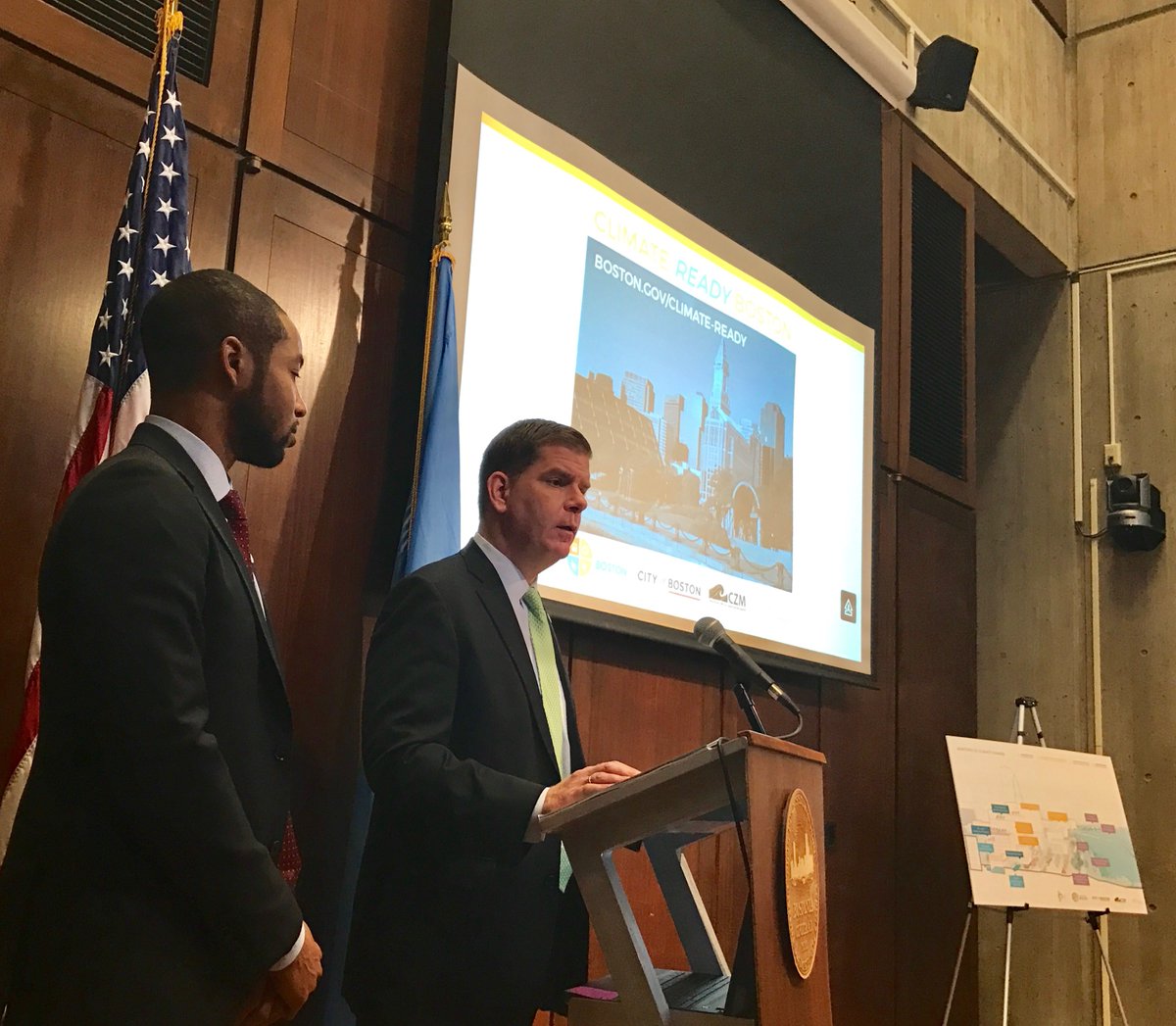 Last Thursday, Mayor Walsh released the 2014 Greenovate Boston Climate Action Plan Update. It was a celebration of the a year of hard work and community input from all of our neighborhoods. We were fortunate to be joined and supported by the local band, Guster, who helped us launch the Plan in style.

The day started early. We joined Guster at 7 AM to hit the busking trail. All morning, we traversed the City, giving out copies of the Plan, signing people up for Renew Boston, and listening to some great live music. Guster plugged into their solar-powered PA system, providing pop-up tunes first thing in the morning to commuters getting their day started at South Station, all the way to the last stop at lunch time in Copley Square. We were even joined by the Key-Tar Bear at one point!

How did Guster get invovled? Guster has been a long-time friend of the environment. In 2004, guitarist, Adam Gardner and his wife, Lauren Sullivan, started REVERB–a non-profit organization dedicated to greening musicians’ tours and engaging fans to take action to protect the planet. When they heard that we were launching the Climate Action Plan, the match was made.

As dusk approached, Guster, Climate Action Plan steering and strategy committee members, the Mayor, and Bostonians from all corners of the city converged on the Artists for Humanity epicenter, where the Climate Action Plan would be launched. NSTAR and Renew Boston also joined us at the event. Throughout the day, and through our ticket give-a-way contest, we signed up almost 100 people for their no-cost home energy assessment!

Doors opened at 5:30 PM, and the program got started at 6:15 PM with a welcome for Artists for Humanity’s Executive Director, Susan Rodgerson. AFH has an impressive plan to expand their LEED Platinum facility to a bigger, energy positive facility. That means the facility will generate more energy than it uses – a model for all of Boston’s buildings in the future!

Susan had the great honor of introducing the City’s new Chief of Environment, Energy, and Open Space, Austin Blackmon. Chief Blackmon shared his excitement about the new Plan and introduced Mayor Walsh. Mayor Walsh shared his vision for a more thriving, healthy and innovative Boston.

“A green Boston is a healthy Boston,” – Mayor Walsh.

He the described the Plan’s overarching goals, emphasizing the rigorous metrics and long-term thinking that sets this Plan apart from most climate action plans.

He shared some ways that the City is already making progress on implementation, such as expanding the community compost program that was successfully piloted last fall in East Boston and the North End. He talked about how the private sector is leading the way via the work of the Green Ribbon Commission and Carbon Cup participants.

Most importantly, he emphasized that this is a living plan. While we had much to celebrate that night, it was also a kickoff of the work that lies ahead. Work that require all Bostonians to roll up their sleeves and take action.

And then the fun began! Mayor Walsh officially declared January 15th Guster Day in Boston by sporting a Guster hoodie and taking an on-stage selfie with lead signer, Ryan Miller. And Guster closed out the day with an awesome performance (leaving behind a copy of the set list for our scrapbook!).