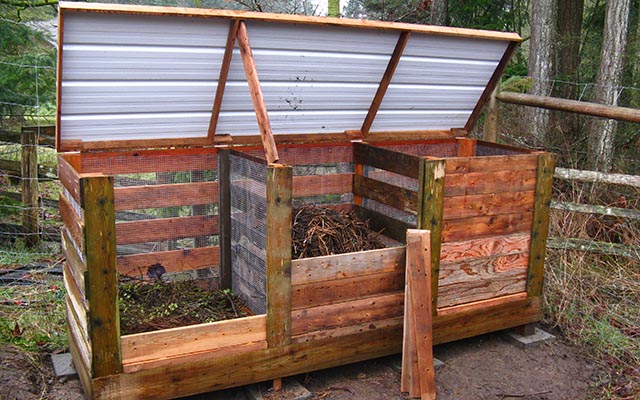 The City of Boston is in the midst of a serious effort to improve its recycling systems, reduce waste, and cut greenhouse gas emissions – a move towards a concept called zero waste. And a new demonstrational greenhouse on the City’s compost site called the Ecovation Center epitomizes the benefits of efficient recycling.

Susan Cascino has been Recycling Director for the City of Boston for the past 20 years. Most of her tenure has be with the Public Works Department, and in September 2015 she joined the Environment Department to work on waste reduction policy and zero waste planning. Read on for her report on the Grand Opening of City Soil’s Mattapan Ecovation Center.

Last week a new greenhouse called the Ecovation Center opened on the City of Boston’s compost site in Mattapan. It exemplifies the regenerative benefits of zero waste and represents the type of closed-loop, sustainable system the City of Boston as a whole is striving to achieve.

In fiscal year 2016, contracted haulers deliver approximately 22,000 cubic yards of residential yard waste, garden debris, Christmas trees, leaves, and brush from other city agencies to the City of Boston’s five-acre compost site, which is owned by Mass Audubon. This was the greatest amount to date; this increase is attributed to the Public Works Department’s extended collection this year. This form of recycling supports our environment, provides compost to local community gardens, promotes public health, and helps the City to save on disposal costs. Bostonians contribute to this process by composting their leaf and yard waste.

The Ecovation Center greenhouse was constructed out of recycled and reused materials. It uses compost generated on-site to grow a mix of fruit, vegetables, flowers, bee forage shrubs, and trees for public greenspace.

The greenhouse harnesses water vapor from decomposing waste products to use for irrigation and CO2 enrichment — a process that increases crop production and extends the growing season.

The City’s compost site is located adjacent to Canterbury Brook and two tributary streams which require ongoing stormwater controls to protect these waterways from runoff from the site. The City is sensitive to its neighbors and careful to control odors, maintain water quality, and prevent stormwater runoff. The new greenhouse features an especially creative solution to stormwater treatment: during a storm event, it channels stormwater into a bioswale filled with native cattails and rushes. These plants extract toxins from the water and help to prepare it for agricultural reuse in the greenhouse.

The City of Boston’s compost facility is located on the campus of the Mass Audubon’s Boston Nature Center (BNC).  BNC is a community-based, all-inclusive education center and 67-acre wildlife sanctuary located in Mattapan that serves the surrounding communities of Dorchester, Hyde Park, Jamaica Plain, Mattapan, Roslindale, and Roxbury.

BNC serves as a living classroom for over 4,600 children during its summer and vacation week programs; a high-impact teaching resource and science laboratory for Boston Public School students and educators; a licensed, nature-based preschool and outreach program; a vital community resource and nature play space for families in surrounding neighborhoods; and a true sanctuary in the heart of the city.

The Mattapan Ecovation Center won a Greenovate Award in 2016, and supports our city’s zero waste and emissions reductions goals.

The Ecovation center was funded by grants from Massachusetts Department of Agricultural Resources and the City of Boston Public Works Department.

Find out how you can compost your leaf and yard waste in Boston .