Hit enter to search or ESC to close
Latest News

COGENERATION AT THE UNIVERSITY OF NEW HAMPSHIRE

By Greenovate Boston October 7, 2019 No Comments 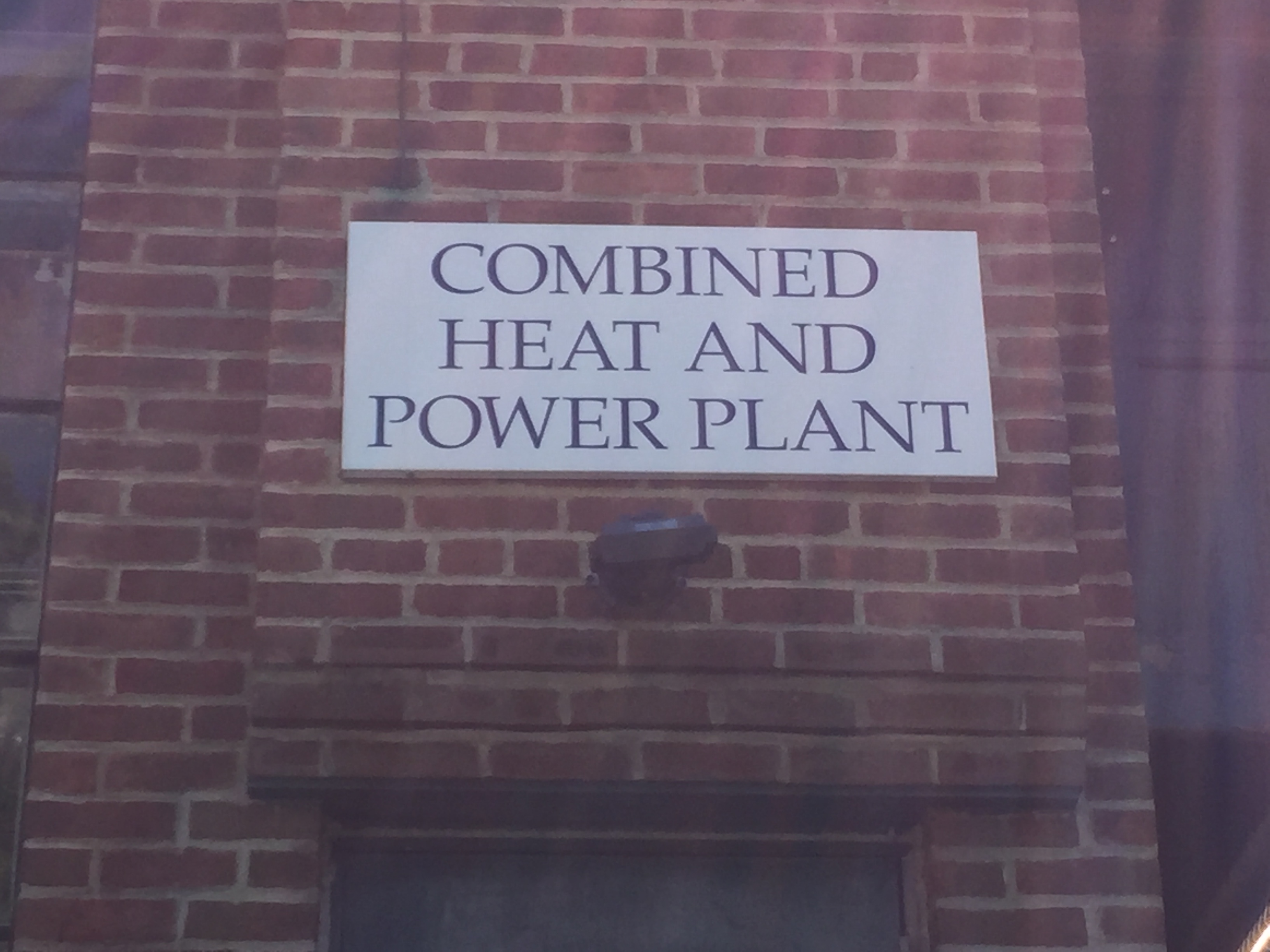 Stacia Sheputa, our Climate and Environmental Planning Fellow for BERDO Programs, recently had the pleasure of visiting the University of New Hampshire’s combined heat and power facility – or cogeneration (COGEN) plant during the New England Sustainable Municipalities network meeting. This facility is the primary source of heat and electricity for UNH’s six million square foot campus at the Durham location. Cogeneration plants work by utilizing the waste heat that is normally lost during the production of electricity. This waste heat is converted to steam and heating hot water then used to heat buildings throughout the campus. The facility, which includes a chilled water plant, cost around $28 million with an expected payback period of twenty years. The installation of this plant has reduced UNH’s greenhouse gas emissions by 21% in an academic year. 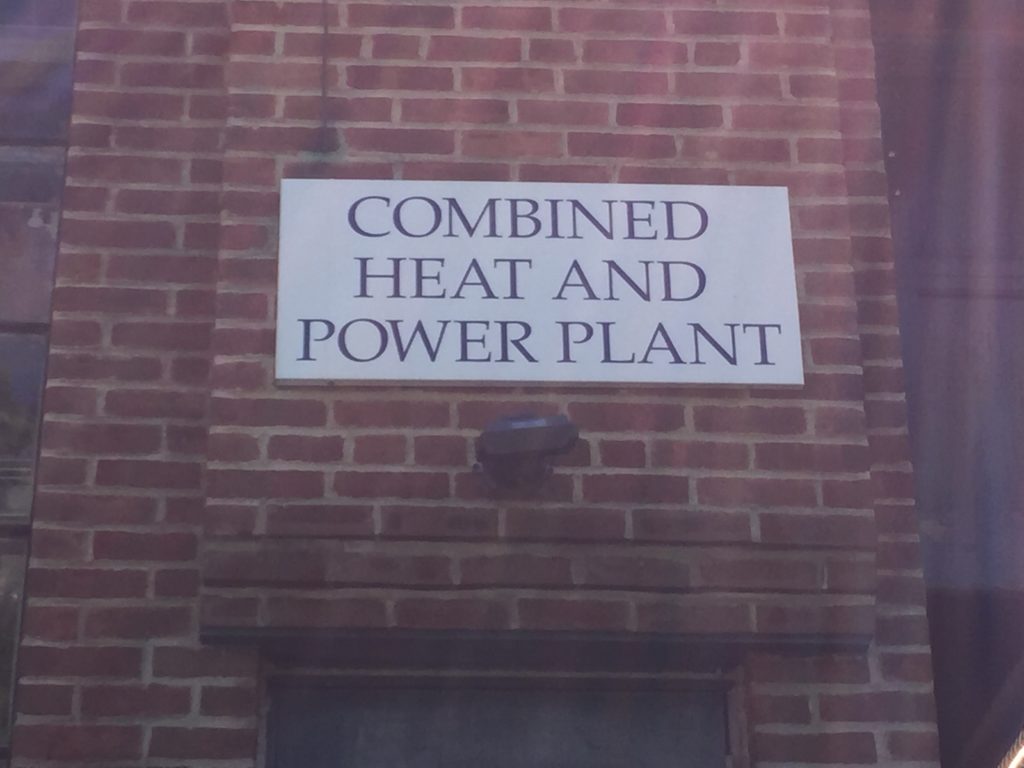 The COGEN plant was originally built in 1928, designed by a UNH professor, and burned thirty-five tons of coal every day in the winter months (3,000 tons for 85 days of winter heating). In 2009, the COGEN plant began utilizing processed landfill gas as a part of the ECOLine project. This is a landfill gas-to-energy initiative that was created by the University of New Hampshire and Waste Management of New Hampshire, Inc. This project uses purified and enriched methane gas from a landfill based in Rochester, New Hampshire as the main fuel for the plant. This gas travels 12.7 miles in an underground pipeline and is delivered to UNH’s COGEN plant.  The University of New Hampshire is now the first university in the country to use landfill gas as its main fuel source and generates 85 – 90% of the campus’s power. The ECOLine project cost $49 million dollars with an expected payback period of ten years. UNH now generates almost no greenhouse gas emissions allowing the sale of excess renewable energy, also known as renewable energy certificates (RECs).

UNH is now on track to cut its greenhouse gas emissions by 50% by 2020 and 80% by 2050 with a 2001 baseline. UNH’s pioneering action to reduce its greenhouse gas emissions is economically and environmentally responsible while working as a leader in sustainability.
To learn more about UNH’s Cogeneration plant and ECOLine, follow this link: https://sustainableunh.unh.edu/ecoline