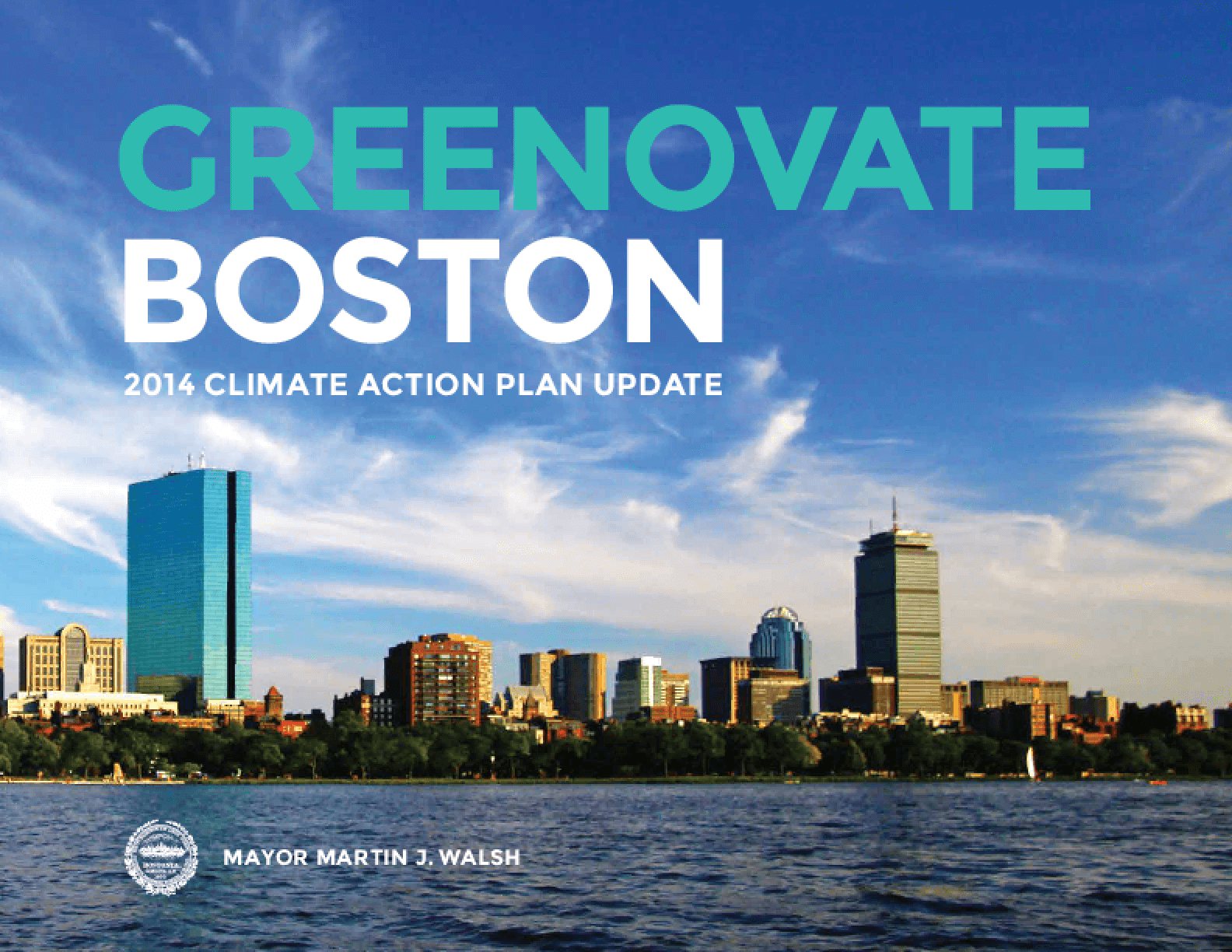 The Greenovate Boston 2014 Climate Action Plan Update builds upon seven years of work in reducing citywide greenhouse gas (GHG) emissions and preparing for the unavoidable impacts of climate change. The Update lays out concrete steps and a vision for Boston to play its part in reducing global greenhouse gases.

Focusing on the role that neighborhoods, large buildings and institutions, and transportation play in reducing our greenhouse contributions, the report outlines specific strategies and actions each sector can take to ensure a greener future for Boston. The goals, strategies, and actions were developed by a Steering Committee, five strategy subcommittees, active engagement of thousands of people through neighborhood meetings and events, and with support from City staff.

*Mayor Walsh recently announced in his 2017 State of the City address that Boston will be carbon neutral by 2050. Details are still being developed.

Boston has made significant progress towards reducing greenhouse gases. Since 2005, Boston’s emissions have declined by approximately 17%, from 7.44 to 6.13 million metric tons of CO2e (carbon dioxide equivalent– a standard unit for measuring GHG emissions). This reduction is equivalent to taking 120,000 homes off the grid for one year. Additionally, per capita emissions has decreased from 12.7 metric tons of CO2e per person in 2005 to 9.5 in 2013. This decrease has occurred despite the increase in population and jobs in Boston. Additionally, emissions from City government operations have been reduced by almost 25 percent since 2005.

For the first time, each sector has been assigned a specific GHG reduction goal, as well as targets for program participation in order to achieve the goal.

IMPLEMENTATION AND NEXT STEPS

With 35 strategies and 98 actions, the Plan sets forth an ambitious agenda for the years ahead. The 2014 Update is a “living document.” It will continue to evolve with input from the community and City departments to create implementation strategies for the actions identified in the Neighborhoods, Large Buildings and Institutions, and Climate Preparedness chapters.

Keep up to date with all things climate by joining our newsletter, following us on Facebook and Twitter. It is our job to keep you informed and to invite you to get involved. We share events happening around Boston, as well as news and updates to the Climate Action Plan.